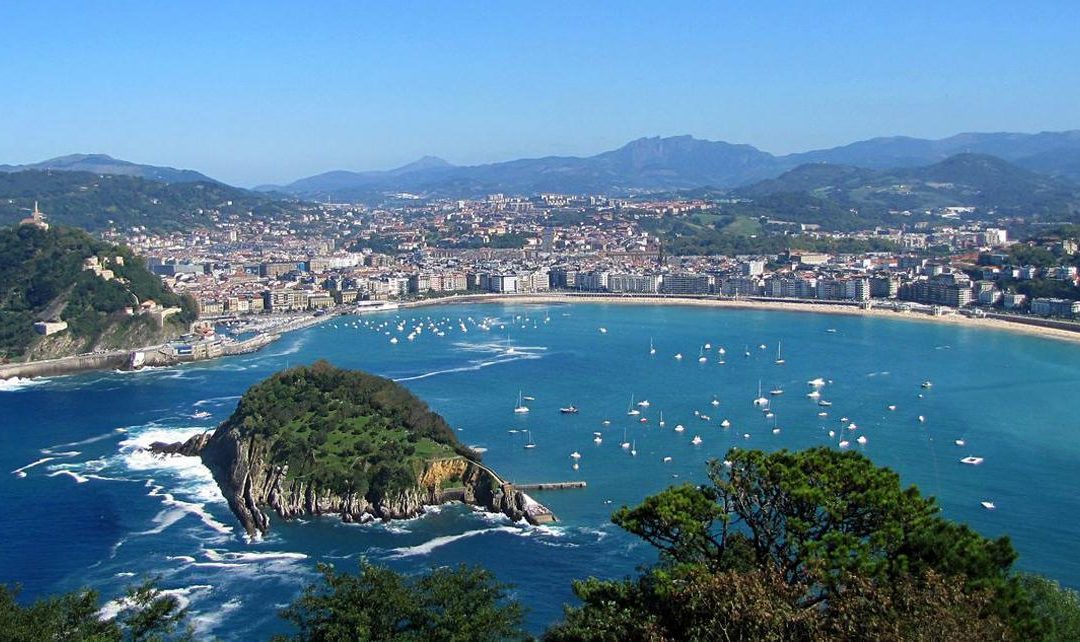 The Basque Country has long been an unexplored region in northern Spain and southern France. But that’s all changing these days since it’s starting to show up on travel itineraries – and rightfully so. As one of Europe’s oldest and most culturally rich regions, it has a lot to offer visitors. From modern cities, quaint villages and green landscapes to world class cuisine and Spain’s best wine region – the Basque Country has something for everyone.

The name Euskal Herria is how the natives of the Basque Country refer to their land. It simply means, “land of the Basque speakers.” And Basque has been spoken by the feisty inhabitants well before the Romans ever arrived. Their full history as well as the origins of their language have long been shrouded in mystery. However, their identity is very evident. This can be seen in the plethora of Basque music, dance, sports, festivals and food – all of which are celebrated with great fervor by the Basques.

San Sebastian is also redefining the Basque image around the world with its extraordinary cuisine. The city has two restaurants ranked in the top 10 of the World’s 50 Best Restaurants and in addition, has 15 Michelin stars spread across 7 restaurants. It is also one of the best places to eat pintxos – culinary creations in miniature form, similar to Spanish tapas but better. San Sebastian isn’t the only place to eat amazing food. And once you’ve eaten all that tasty food then a trip to Spain’s best wine region – la Rioja – is not far off.

Bilbao is the heart of a metropolis with a population of more than a million people. It is the driving force of social and economic development and it is the main factor in the modernization of the Gulf of Biscay.
Bilbao’s 700 years of history are present in buildings and constructions that will pleasantly surprise visitors. The historic quarter is listed as a Conservation Area and forms the best point of reference for understanding the city’s history. It is an example of urban regeneration, with more than 400 shops of all kinds. The city centre is a showcase for the best of 20th century architecture, with buildings that have housed the most important firms and institutions of Bilbao for over a century. This impressive collection of buildings has been created by the best local architects of each period.

Some examples of the overwhelming vitality that permeates Bilbao are: The Guggenheim Museum; the Euskalduna Concert Hall and Convention Centre; the underground, built by Norman Foster; the airport, built by Calatrava.

Are you planning your next event in the Basque Región? contact us for more information and program suggestion.

We use cookies to ensure that we give you the best experience on our website. If you continue to use this site we will assume that you are happy with it.
Este sitio web usa cookies para mejorar la experiencia de usuario. Si continua navegando asumiremos que está de acuerdo con esto.
Ok/SiRead more / Leer más